Gluten is a protein that you find in wheat, barley and rye. If I gave you a slice of bread with gluten in it and a slice without, you would feel the difference in the texture, bread usually gets tastier with gluten and your cake dough will rise better when it has gluten.

Never-the-less… it is the devil to me and lots of others.

Isn’t it just a fashion fad? ?

I get this question a lot from my friends and family. Lauren, are you just becoming gluten free because its cool? I can promise you, it isn’t to be cool. If I was trying to be cool, I’d maybe try being vegan or something. ?

What is the difference between gluten free and coeliac? ?

Celiac disease is a much more intense way of cutting out gluten. It is an autoimmune condition which means if you eat gluten, your body’s immune system mounts an attack against it’s own tissues, usually the small intestine. This, over time, can lead to nutrient malabsorption.

A non-celiac gluten sensitivity, intolerance to gluten is when the ingestion of gluten causes the body to have a stress response that does not involve the immune system. It can mean you have bloating, cramping and in some cases sickness & diarrhea but does not lead to intestinal tissue damage.

Does it help lose weight? ?

I have spoken to a doctor about being gluten intolerant and it has been proposed that the lack of gluten isn’t the cause of weight loss, the simple act of adding less processed foods into your diet is the key. Less ready-made meals and more fruit and veggies, which actually is much easier to cook when you’re on a gluten free diet. I think its because you HAVE to… otherwise you’re stuck with gluten free crisps which can only be tasty for so long.

What are the top line foods you should avoid on a gluten free diet? ?

I know… all the foods that you think “noooo, I don’t want to cut them out!”

Trust me, you’ll enjoy the gluten free adventure and your eyes will be opened to much tastier and healthier things!

So there you have it…. 6 things you may have learned about the gluten free diet. If you have any other questions… gimme a shout! 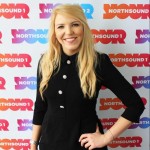 Radio Presenter. One half of Jeff and Lauren in the Morning on Northsound 1. MSc Digital Marketing student. Multimedia Content Producer. Event Host.